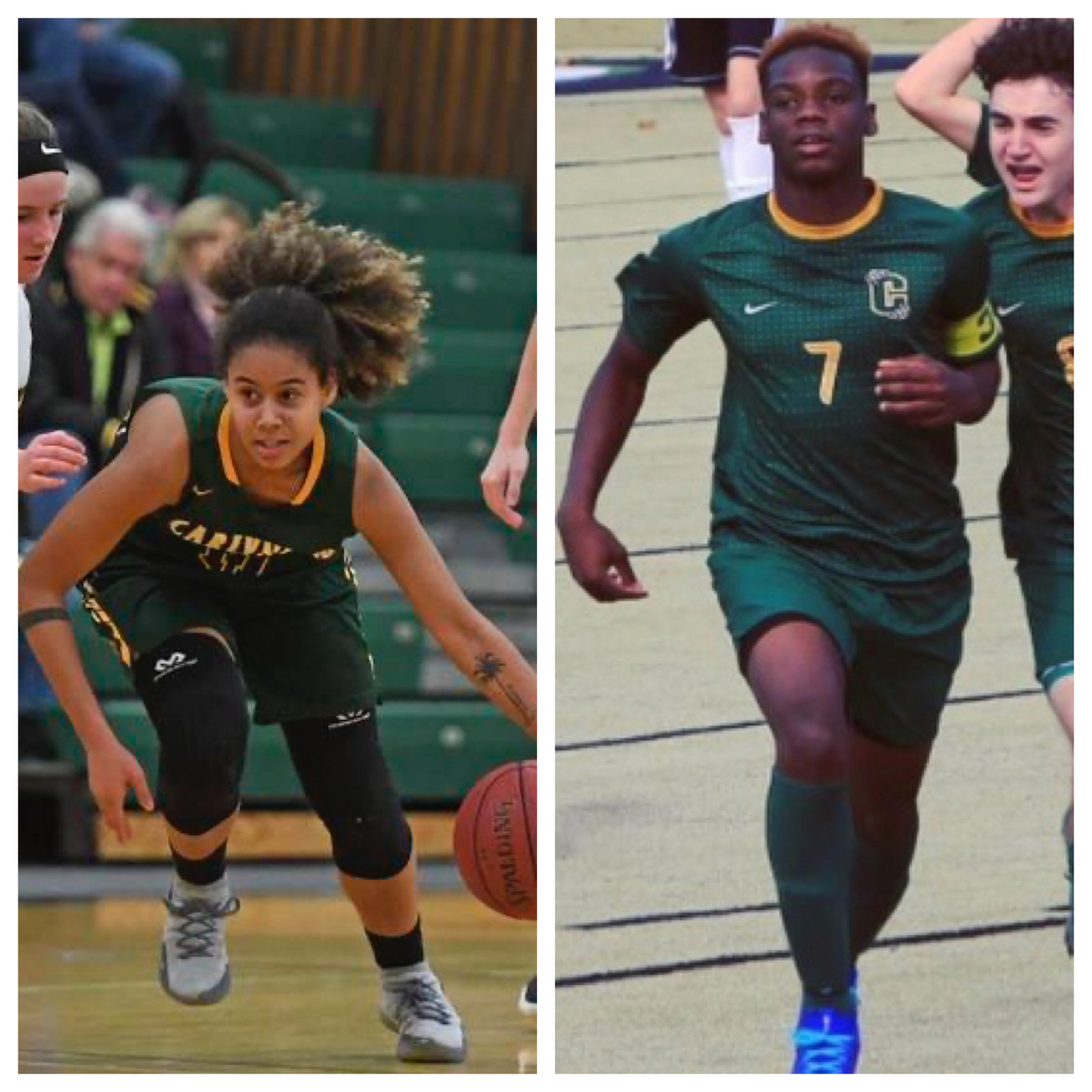 At last evenings Senior Awards assembly, the Carlynton Athletic Department presented Jada Lee and Carnell Kerr as Athlete of the Year for the Class of 2020!

Male and Female Athlete of the Year

This award recognizes extraordinary athletic performances by a male and female senior athlete who competed on a team or in an individual sport this year.  These two individuals were selected by a committee made up of administrators, teachers, and coaches.  Both of these individuals had much success this year in their respective sports and for this reason they are recognized as Athlete of the Year.

This individual was captain of our 2020 section championship Girls Basketball team, led the team to the WPIAL and PIAA playoffs for another year and became the 12th girl in school history to record 1,000 points in her career.  Additionally, she was named All-Section, All-WPIAL and All-State.  She will be attending Mount Saint Marys on a full basketball scholarship next year.

This individual was captain of our 2019 section championship varsity soccer team, led the team to the WPIAL semi-finals, set a Carlynton single season goal record with 45 goals,  and was named WPIAL Player of the Year.

No Events This Week

Events are added by athletic staff.
View All Events