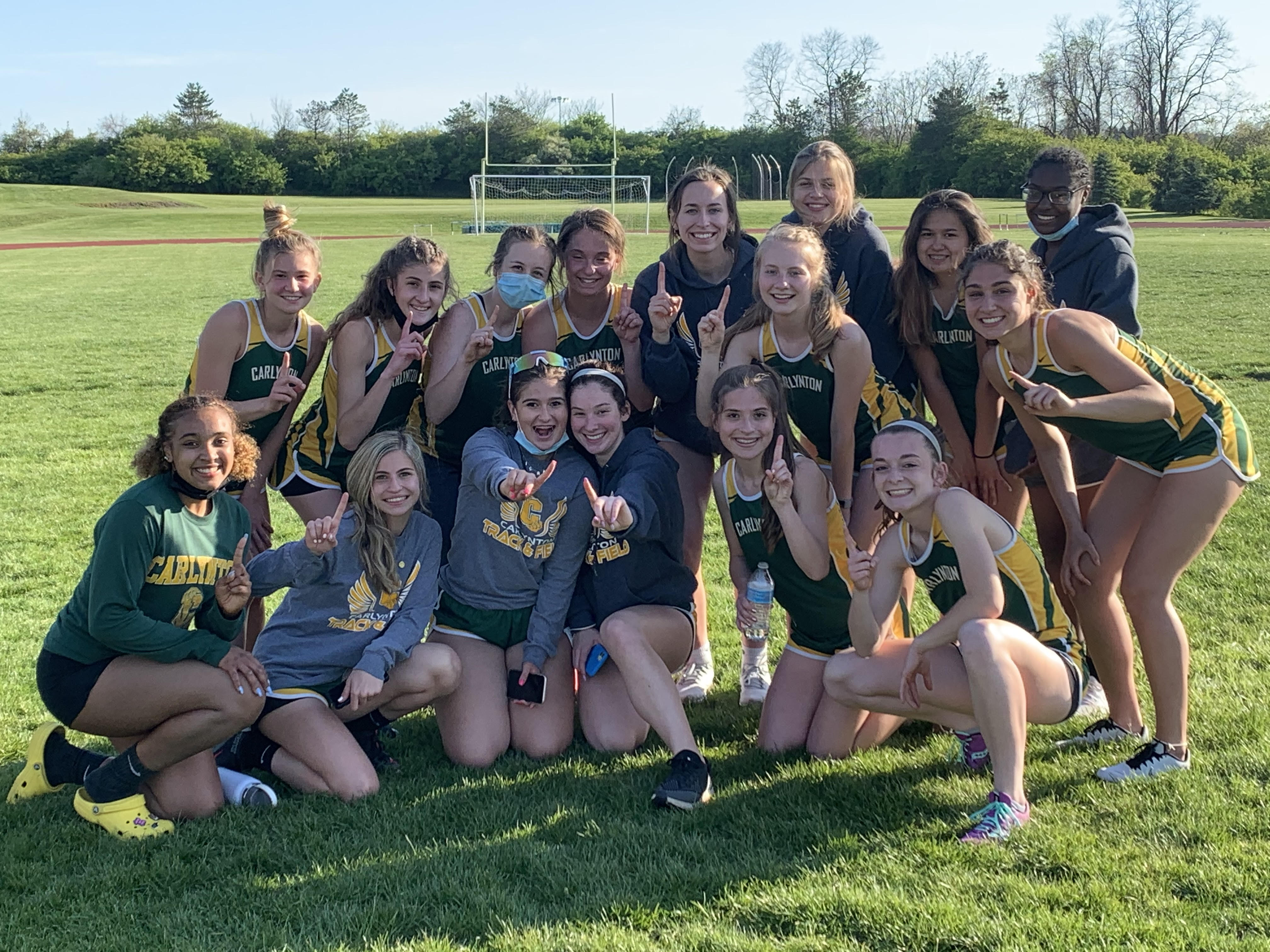 The girls varsity track squad knew they had two tough and much larger opponents standing in their way of an undefeated season and the first section championship since 1989. Chartiers-Houston and always strong South Park came to Carlynton on Monday afternoon in front of a capacity crowd. The girls did not back down and came out victorious in a tough fought meet. The 4×800 relay team of Natali Lutsiv, Erin LaQuatra, Mackenzie Huet and Lauren Kirsch started the meet off with a victory over both teams. Gwen Kalimon, Azjia Gardner and Mia Altman followed up with a sweep of South Park in the 100 hurdles and 1-2 against Chartiers-Houston. Next, the 100m dash saw Ainsley Smith sneak in a 2nd place to South Park and a 1st against CH. The 1600 was then dominated by Erin LaQuatra and Natali Lutsiv taking 1-2. The undefeated 4×100 relay team of Lauren Kirsch, Alaina Barlock, Gwen Kalimon and Ainsley Smith continued to show why they are one of the best in the WPIAL with additional first places in their event. Lauren Kirsch and Mackenzie Huet came back and ran the 400 and took 1-2 against CH and 2-3 against South Park. Gwen Kalimon and Molly Frick took 1-3 in the 300 hurdles to keep the title hopes alive. Next, was the 800 where the Cougars needed points and Erin LaQuatra did not disappoint when she narrowly beat South Park’s top runner for a 1st place. Natali Lutsiv scored additional points against both teams with strong performance. Ainsley Smith again came out strong in the 200 and scored huge points to keep the meet going in the favor of the Cougars. The 3200 was next and Abby Sysak did not disappoint with another PR performance to dominate the entire race. Brooklynne Prepelka was needed to take a second place and did not disappoint. She ran a PR by over 30 seconds to secure a much needed second place. The 4×400 relay team of Gwen Kalimon, Erin LaQuatra, Mackenzie Huet and Lauren Kirsch ran a season best time but came up just short in the final race on the track.
In the field events, Audrey Robb came out strong in Discus and took 1st place against both squads to secure huge points for the Cougars. Azjia Gardner made her shotput debut and took a much needed second place. In javelin, Audrey Robb squeaked out a 3rd place to pick up a point to keep the title hopes alive. Azjia Gardner followed up her shotput performance with a 1st in triple jump and a 3rd in long jump. Mia Altman had a monster jump and a PR of over 3 feet to get a 2nd place and wrap up the meet for the Lady Cougars!
The girls will continue to the WPIAL team playoffs next Tuesday 5/4 at a site and time TBD.